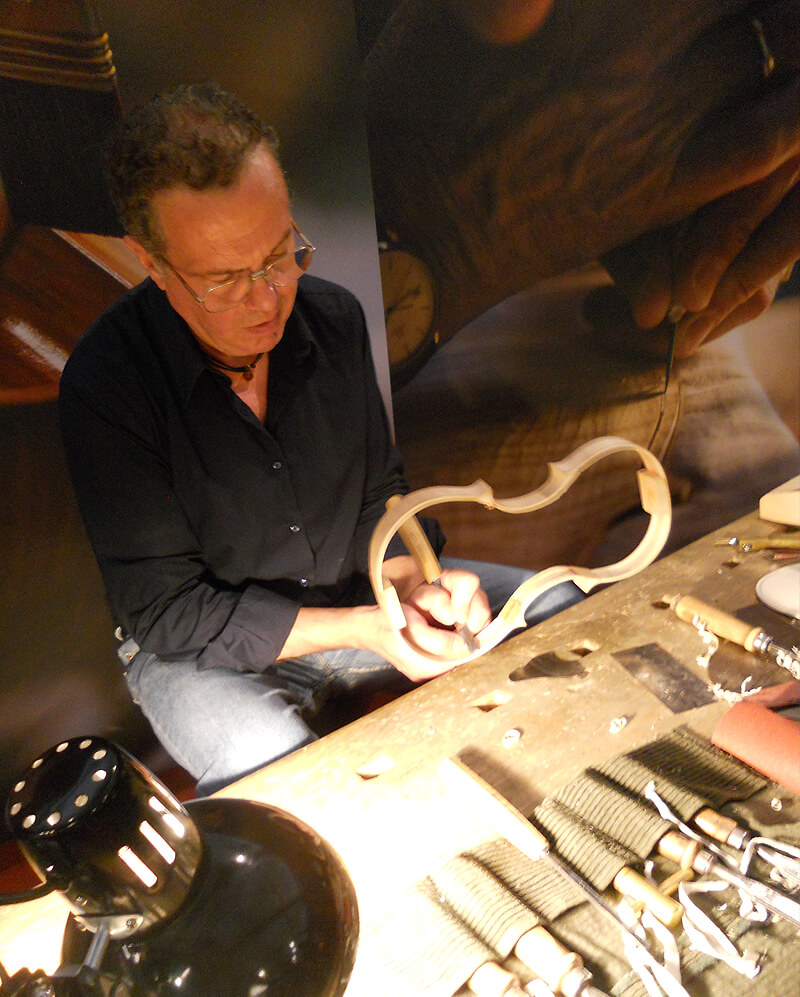 Giuliano Merlini born in Florence in 1965, comes from over 80 years of artisanship traditions. He approached lutherie at 17 years old when he signed up for a classical guitar building class organized by the city of Florence. That’s when his passions for lutherie and his desire to learn the art of instrument making began.
He later signed up for luthier classes in Parma with Renato Scollavezza. After finishing his studies he worked for 2 years in laboratory “Arte Liutaria” of Carlo Vettori, there he concludes his studies in restauration of old and modern instruments. ln 1996 he opened his own business and right from the start became appreciated as restorer from the main orchestras in Florence ” Maggio Musicale”*”Orchestra Regionale
Toscana”. lt was there his collaboration with musicians to optmize restauration, seeking the best sound response began. After 20 years of activity and many successes in his professional field, he feels the need to
pass on this art to young people and complete his career as a real “Master Artisan”. ln 2015 he founded the School for Lutherie Artisanship, where he teaches what he has learned over the years. 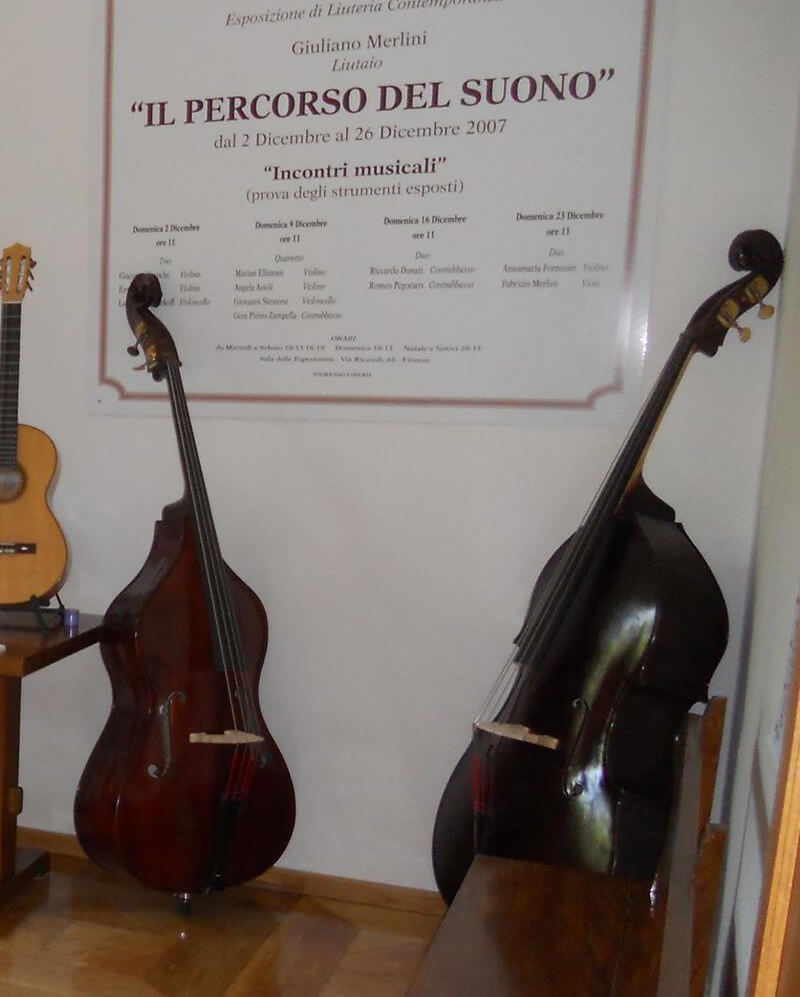 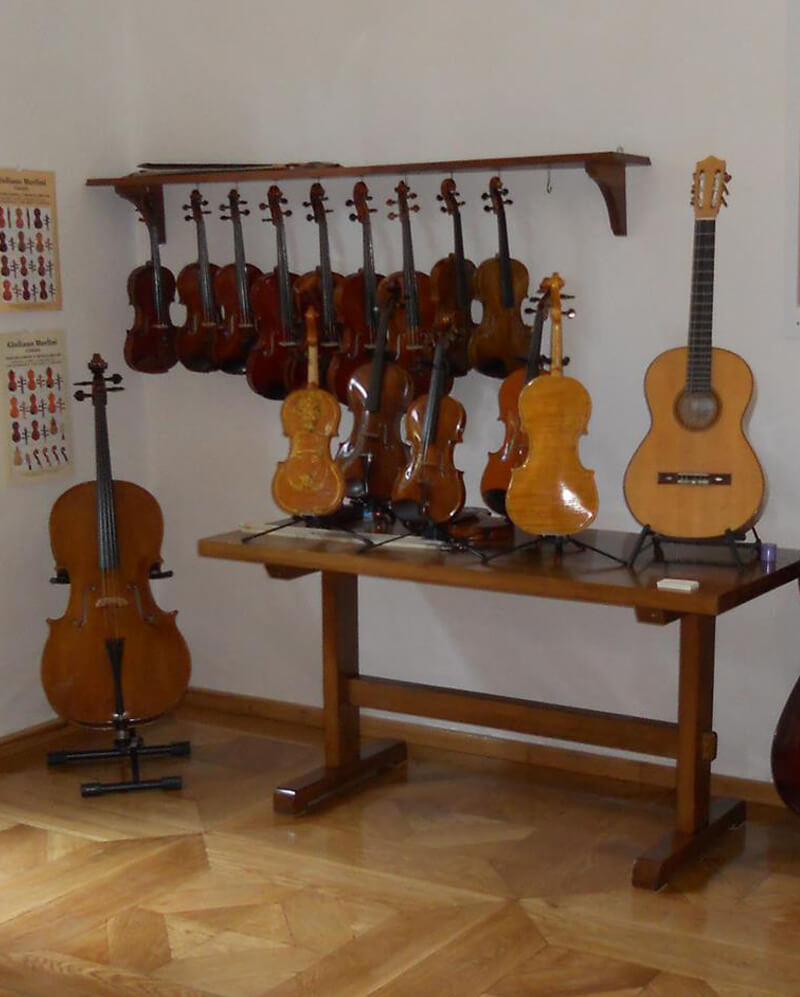 Presence in Releases and Catalogues

Restaurations for Foundations and Public Entities